Even though Bedouins live in harsh conditions, Wadi Rum contains a abundance of plants, such as local herbs that are being used by the Bedouins, as well as various types of desert flowers in that bloom in spring. Bushes that grow around the area and are being used mainly for firewood by the local Bedouins. Lining the water springs you can spot figs, olives, and mint plants. These places are also used by several mammals, birds and reptiles to find shade for sleeping during the heat of the day.

The camel is probably the most popular and most frequently seen animal in the desert. The bedouins let them roam freely through the area during the day. With its unique way of reserving water in its body, the camel can survive for one week without water.  Next to the camel, the desert is home to rabbits, foxes, hedgehogs and dormice. Almost all of them are nocturnal animals and you would be very lucky to catch the sight of one of them during your visit. After the camel, the second most popular animal is the oryx antelope, which is now being protected in a natural reservoir close to Wadi Rum because of its’ endangered status.

Next to mammals, Wadi Rum is home to a lot of reptiles such as snakes and lizards. Also, scorpions can be found, especially during the summer, but they are very rare as they hide in the rocks and in shade. Wadi Rum is home to millions of birds especially those of prey, such as falcons or eagles. They fly above the high rocks searching for food.

There is much more to learn about Wadi Rum when you come for a visit. Our team has grown up in Wadi Rum and can share with you a wealth of knowledge about the area and its’ inhabitants. 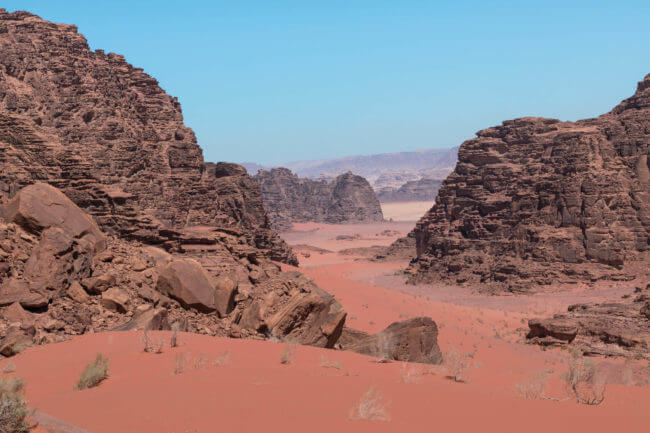 Contact Now
We use cookies to ensure that we give you the best experience on our website. If you continue to use this site we will assume that you are happy with it.Ok