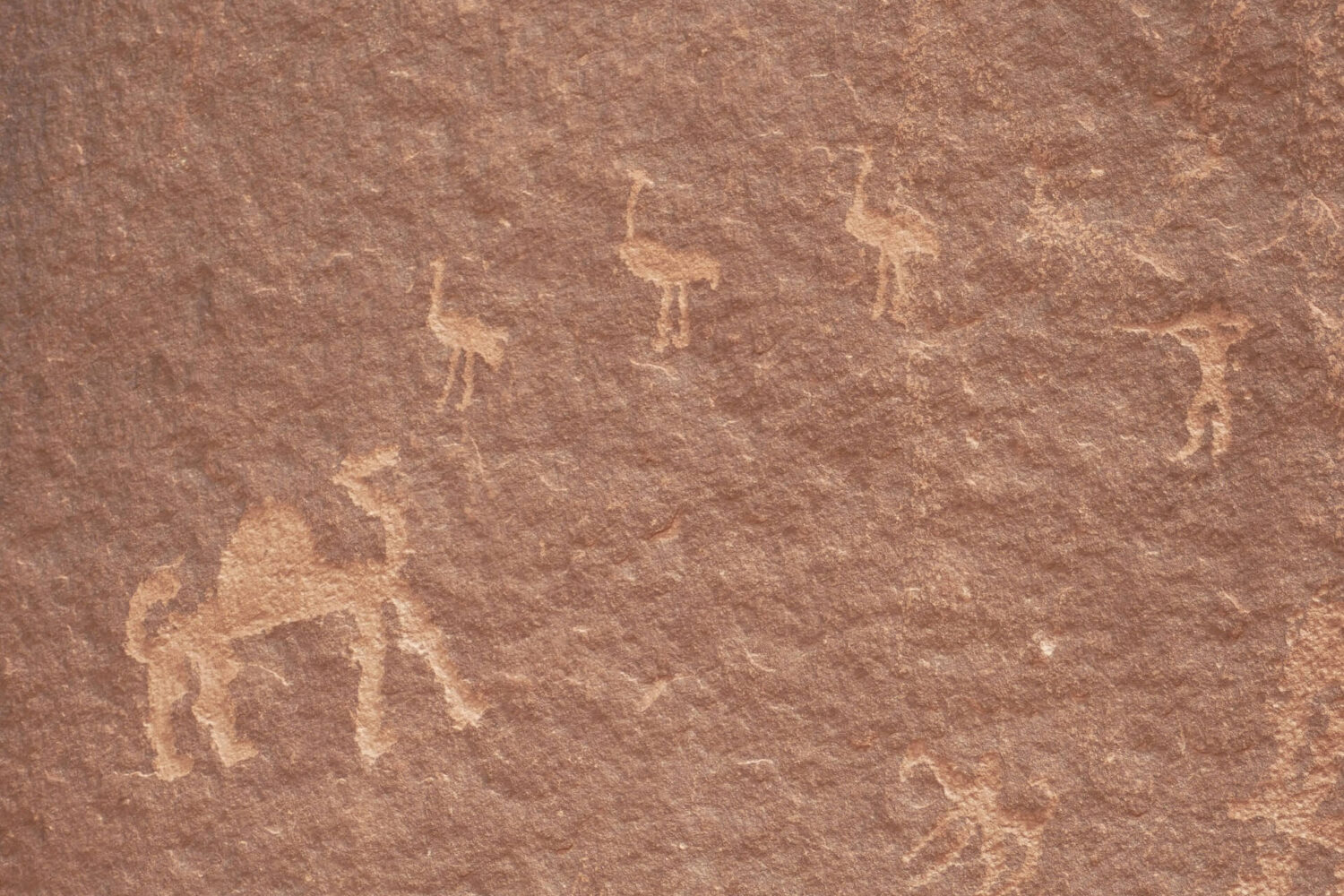 The Nabateans were an Arab nomadic tribe that settled down in Jordan and parts of Syria, Saudi Arabia and Israel. Petra was the capital of their Empire (fourth century BC – 106 AD). The Nabateans were well known for their skills as water engineers and traders. In Petra and also Wadi Rum you can see the remains of the dams, channels and water reservoirs they built to irrigate land. The Nabateans facilitated trading between countries in the Far East (like China and India) and European and North African countries (like Greece and Egypt). Petra was the crossroad in the trading routes. Controlling this crossroad was essential for the wealth of the Nabateans. In this blog we tell you more about the Nabatean treasures of Wadi Rum desert.

The trading caravans from the Far East passed through Wadi Rum, Jordan’s larges valley. Mainly because of the availability of water here. The Nabateans built water systems to transport and collect water in various places in the valley. Thus creating a great meeting point for the travelers seeking a place to pause and restore their water supplies before continuing either to Petra or eastwards.

Close to present Wadi Rum village you can find the ruins of what ones was a beautiful, colourful Nabatean temple. It is just 500 meters outside the village at the foot of the impressive cliffs of Jabal Rum. And can be reached easily by following the road next to the Rest house. The ruins are not in great conditions compared to the ones in Petra. But still, they are well worth a visit. Enjoy the tranquillity and peace at this ancient place and be surprised by the magnificent views on Wadi Rum village and the valley.

The ruins were first discovered in the thirties of the last century. Unfortunately in 1995 an earthquake caused severe damage to the temple and other structures (villas and other buildings). The temple was built during the reign of Nabatean King Aretas IV in the early years of the first century. It was built to worship Allat, the Arabian goddess who was the wife of sun god Dushara. Its floorplan is similar to other Nabatean temples. A central square court yard surrounded with rooms on the sides. On the temple walls and columns you can find Nabatean and Thamudic inscriptions. The columns surrounding the cella were originally painted with colours like red, blue and yellow.

On a nearby rock more Nabatean inscriptions were discovered. These inscriptions date back to the second century AD.

The ruins of oldest baths in Jordan

Close to the temple more ruins were found. These ruins are believed to be the oldest baths in Jordan. It is a complex containing 20 rooms which were built in the late first century. During the excavation pottery shards were found. These date back to the mid-fifth century AD.

Although the Nabatean temple and surrounding area are well worth a visit only few visitors go there. If you want to visit the temple, please let us know and we will take you there.

See you in Wadi Rum desert.

Contact Now
culture, desert, nabatean, nature, sites, stars, temple, tours, wadi rum
We use cookies to ensure that we give you the best experience on our website. If you continue to use this site we will assume that you are happy with it.Ok